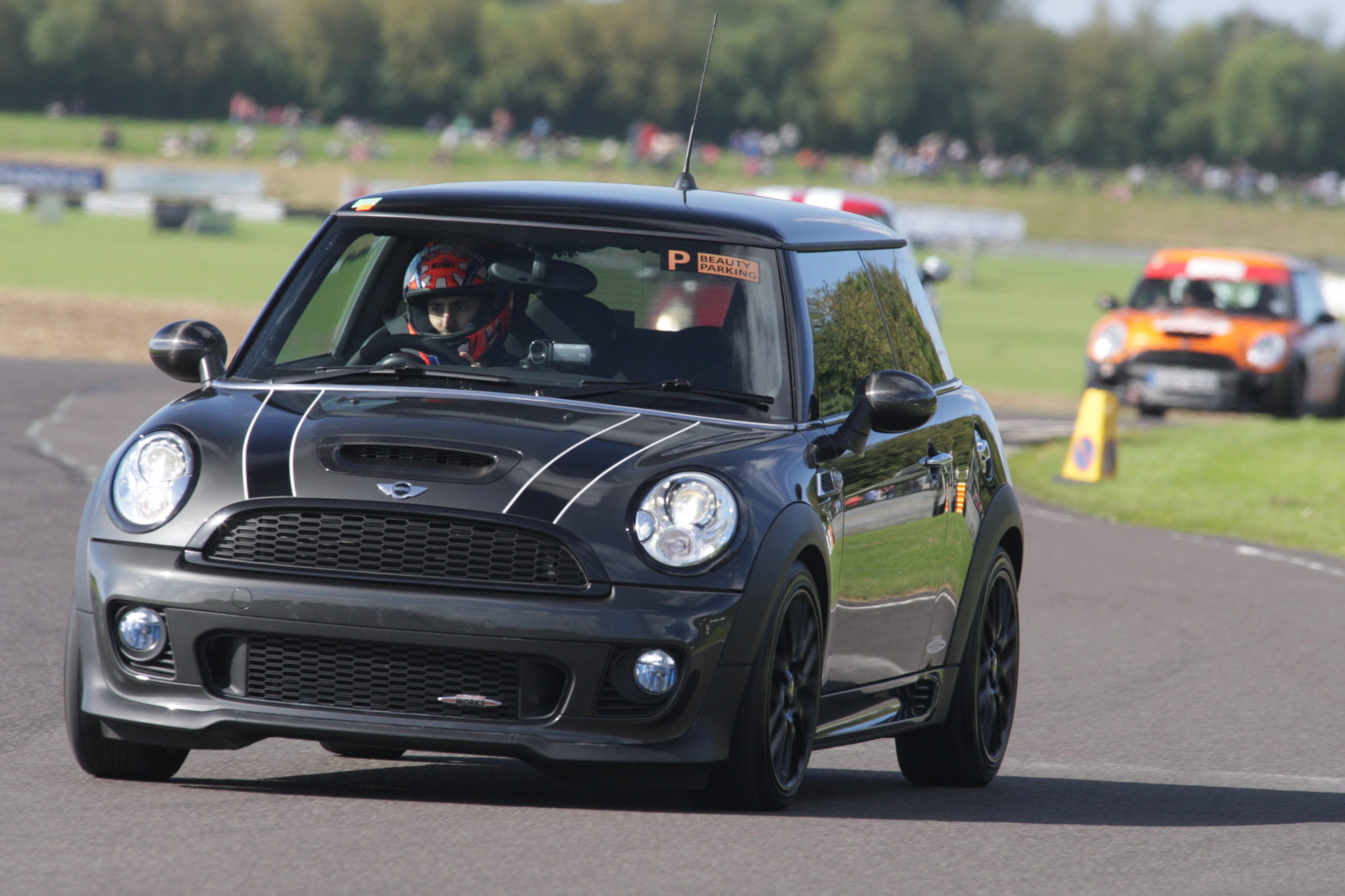 It was time again for some Track action with the JCW

This circuit has staged many forms of Motorsports since 1950 and has been on TV with both UK Motor shows Top Gear and Fifth Gear.

I am actually slightly jealous of John’s job given he drives some tasty cars all the time. He is a driving Instructor at Castle Combe & Mercedes World – Its a hard job but someone has to do it lol

Her co pilot for the day was Cop girl aka Mandy who has driven her share of Morgans and TVRs.

Our MINIs got a little dirty along the way to Castle Combe given we had to drive down narrow country roads.

I believe 108 Decibels was the limit on the day

A sound check is done by leaving the car in neutral and revving the engine to 4,000 Rpms and holding it there

I drove JCW to the starting grid and parked up it

With any track i have been on i go slow on the 1st and 2nd Lap to learn the circuit and see where i can carry speed, brake and find the racing line.

Learning the track is KEY to going faster and being safe

We all pulled back in and line up the MINIs again on our stand for me to meet Martin one of the Masters of MINI2.com which is actually the 1st MINI forum i joined when i had my MINI One

It was pleasure speaking to him. He was here at the show to buy some bits for his Classic MINI and wanted to come to say Hi and he is one of my long time loyal follower and support of my Blog

Everyone always asks me about the Recaros – Are they comfortable?

There were some beautiful British racing green Minis on show

I saw this classic Mini with carbon fibre bonnet Hmmmm

I had to take a pic of a classic MINI tribute car to Mr Beans Mini for my one number supporter, promoter, MINIac and MINI Monday founder Andy Singer

With the day coming to a close John had allocated for us to have some laps at the end of day for just us : D

We all lined up our tasties

An Immaculate GP was among us

This led to some interesting racing…

The source of the problem was a loose Lambda sensor

I have planned various modifications around Kevin’s advice and i will going down the reducing unsprung weight, traction and suspension route